Microscope is built around ‘fractal world building’ - starting with a simple timeline and building an infinitely detailed history by adding simple details over and over again. 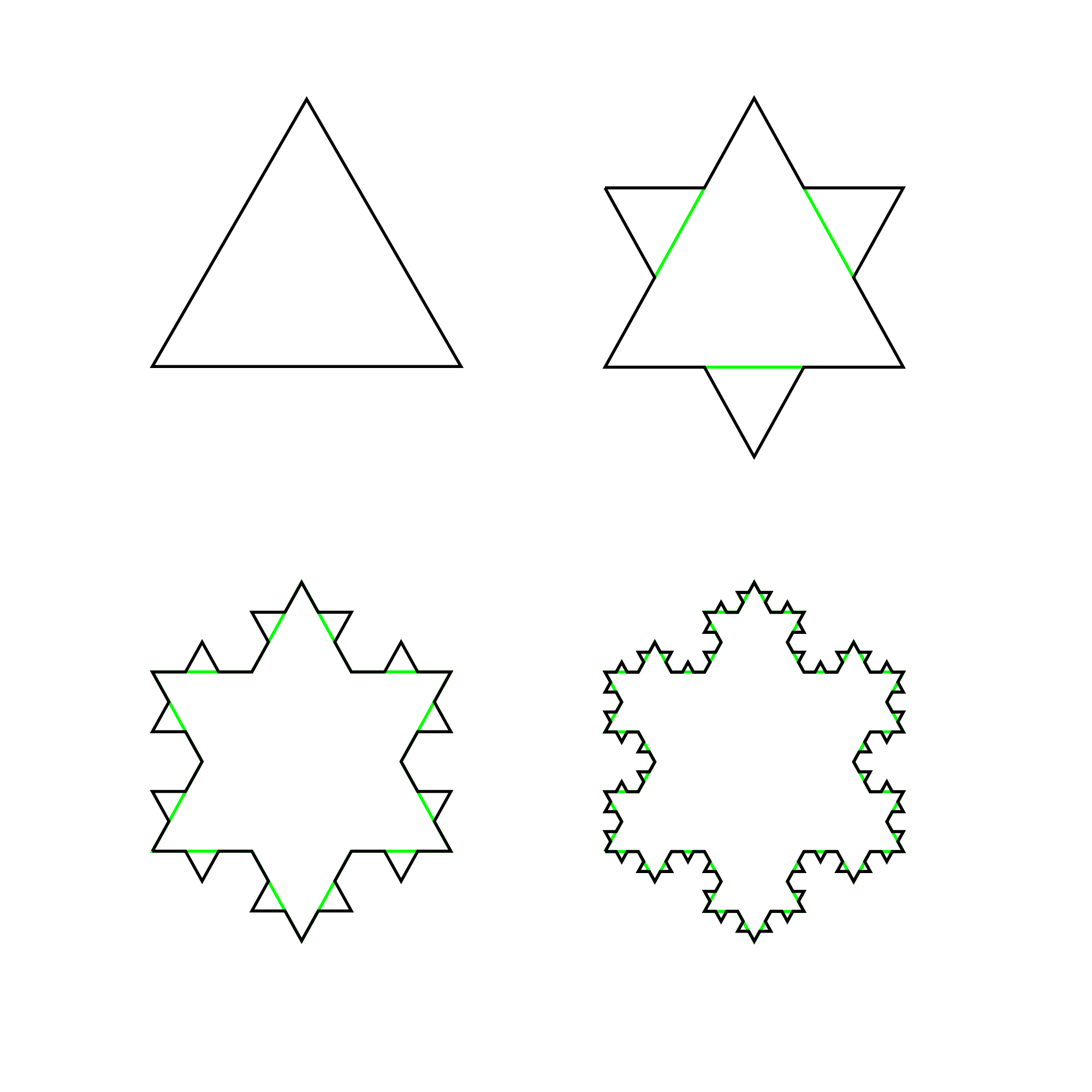 The timeline that you construct together does not have to be created in chronological order. For example, you can create a new Period about the Fall of Atlantis (a previously unmentioned city), then later go back in the timeline to discuss the creation and history of Atlantis.

Players don’t have to focus on the same points in the timeline, either. If Player A creates the magnificent King Arthur and Player B later has that character assassinated, Player A continues to discuss reign of King Arthur before he was assassinated while Player B simultaneously describes the chaos and civil wars that followed King Arthur’s assassination.

In Microscope, each player has equal power and there are three actions that each player can take:

Don’t Know What to Make?

Pick something from recent turns and ask yourself which parts of its story haven’t been fully described yet.

Make the part that hasn’t been made yet. Want more options? Try these:

Within each turn cycle, Player A chooses a Focus - the topic of conversation that each player will be discussing until the end of that turn cycle. Player A is allowed to create two cards within each other (Period-Event or Event-Scene) to kick-start the Focus, as well as another pair of cards inside each other to round off the Focus.

Afterwards, Player D may choose to update their Legacy - something that happened within that Focus which they’d like to continue writing about, regardless of the current Focus. Once they’ve chosen whether or not to update their Legacy, they always places a card corresponding to one of any players’ current Legacies (X-6).

Then everyone passes around their position in the turn cycle (Player A becomes Player B, etc) and the new Player A creates a new Focus.

Big Picture for Our Microscope

Who watches the watchmen..? The existence of superhumans disrupts society forever.

Open this card to view the timeline

#Amy (6-6) A woman attempts to will her power to her stillborn child, , in order to save his life - Tantalus is born as an orphan with the full power of the new bloodline - Dark

#Ben (2-1) In all history books it has been said there is a lost tribe in these , many search parties have tried and failed to find them, However this has changed with with an expedition lead by of the - Light

#Ryan (2-2) The attempt to keep the emergence of the lost tribe () under wraps, to utilise their power for themselves - Light

#Nathan (2-3) Tensions rise between the tribe’s chieftain, , and , when a small group of the , also looking for the , came into the tribe’s village and was executed by members of the - Dark

#Ben (4-3) Brother of the northern temple has finally been gifted the ability to roam the lands and join another clan, after completing his training .

#Ryan (3-1) defeats all other potential successors for the throne in single combat, as per tradition, and displays the bodies of her executed rivals in her new throne room - Dark

#Nathan (3-2) Under ‘s rule, the become more militaristic, constructing fortified settlements along their borders and continuously raiding nearby settlements, raising concerns from the neighboring clans - Dark

#Amy (3-3) When assassins from the successfully deal a fatal blow to Phoenix Queen , she wills her full power to the three-year old daughter of the Revenant clan leader, resulting in the entire Revenant compound being leveled from the inside-out in a colossal explosion of plasma as the child is unable to contain the Phoenix Queen’s might - Dark

#Amy (4-2) Why do the Revenant clan attempt to assassinate the Phoenix Queen? - Dark

hired assassins from the to assassinate , exploiting their fear of the increasingly militant under her rule.

#Ryan (3-5) The explosion from ‘s death throes splits the earth apart, vibrations causing a nearby volcano to erupt violently - Dark

A large portion of the island became desolate and barren as the smoke and ash choked the lands of the and clans, forcing them to adapt to survive.

#Nathan (0-4) The and the begin skirmishes in attempts to assert dominance in settlements they both have a foothold in. the first conflict resulted in a decisive victory for the Revenant - Light

#Ben (1-2) The refuses to assimilate with the Phoenix clan in the, and continues to dilute their blood with that of the (non-believers) - Light

#Nathan (4-1) In wake of ‘s untimely demise, declares himself regent of the and begins plans for a bloody campaign against the remnants of the - Dark

#Nathan (4-1) How did Xin Zhao successfully become regent in the first place? - Dark

Following the death of , the became unstable, and was on the verge of collapse, old rivalries started to kindle between members and the possibility of civil war loomed. , with a reputation as a strong military and political leader, quickly gained support among the people, mainly through their anger against the revenent. His opposition either could not compete with his popularity or were silenced by other means, making him the only apparently suitable candidate for regent

#Ryan (1-3) The head of the brings it’s full wrath down upon the , using them as an example to all who would defy their rule - Dark

betrayed the and secretly unlocked the gates for the assassins, as part of his plan to consolidate the clan’s power within his own family.

#Amy (1-1) The ruling caste of the consolidate their rule into the , willing the power of a dozen parents and grandparents into four tyrannical siblings - Dark

#Amy (1-1) Why were these four children selected to carry the power of several generations? - Light

After the atrocities committed by the during the war, the children of the infamous persuaded the clan that they had the experience and natural talent to carry the future of the clan on their shoulders.

#Ryan (4-4) leads the in a charge upon the , pushing them to the brink of extinction. Upon his dying breath, he transfers his power into one of his sons, , who proceeds to lead his forces - Dark

#Nathan (4-5) What led to Xin Zhao’s violent outburst against the Revenent clan? - Dark

The takes the opportunity granted by to attempt to overthrow the , now weakened by the suicide bombings. notices this betrayal of trust by the Revenent and meets the Revenent’s main fighting force head on, his four children supporting him.

#Ben (2-5) With the Knowledge of the location now public, the are now hunting them, to use thir powers, through the use of their powers of deception and stealth, effectively hiding themselves from other exploration parties - Dark

#Ben (2-5) How do the Akurui survive the ruthless searches from the Phoenix clan? - Light

Through years of keeping their blood line clean, the have extremely strong powers, with the elders of the village the only people to have mastered their powers, this allows them to deceive people into thinking there is noting more than a mountain in place of their village

#Ryan (4-6) A mob of unpowered citizens - led by the , the three children of - swarm and capture members and force them to transfer power - Light

#Amy (5-1) The Sunborn Shogun of the , , declares that the bloodline will be scourged of the descendants of the traitor queen - Dark

#Amy (5-1) What motivated Solaire to conduct a scourge of the bloodline? - Light

After the ancestors of the had consolidated their control over the dynasty, deemed it time to eradicate ‘s legacy for the devastation she caused to their homeland.

#Ryan (5-3) The , who flowed power into one singular daughter, , proceeds to defy the rule of , openly branding him a lunatic and charlatan. Her forces move to join up with the in their ‘Holy War’ against the for disgracing her ancestor’s name - Light

#Nathan (5-4) In the battle of the , the suffer a major defeat, with only barely escaping with her life - Dark

#Amy (2-6) The chieftain adopts the family of the infamous rebel leader, , after Wilson’s guerrilla fighters rescue a fortress from a siege with a barrage of lighting and plasma - Light

#Amy (5-5) In traditional fashion, opens to the gates of the at night, breaking the drawn-out siege of the ‘s last bastion - Dark

#Amy (5-5) How was Kotomine Wilson rewarded for the two-stage betrayal? - Light

promised to restore the common homelands of the people (now the ) once the civil war had ended and they could spare resources to recover.

#Nathan (5-6) After numerous attempts to break into surrendering her power, the are ultimately unsuccessful, resulting in Sophya’s escape, amongst the chaos of a siege led by the in an attempt to take her power for themselves - Light

The Revenant now laying siege to the Xolas captial of - Dark

#Ryan (6-2) After sleeper agents within the lure the besieging forces into launching a sneak attack on , warriors deal a catastrophic blow resulting in the loss of various key figures in the chain of command - Dark

#Nathan (6-3) forces pursue the retreating army, broken by their lack of leadership. The Revenent retreat to the , resorting to guerrilla tactics to fend off the advancing Xolas - Dark

(0-0) The Bloodlines are Diluted Across the General Public - Light

#Ben (3-4) , Flaring feather, Mother of the and first born of her name, is worshiped worldwide as a religious idol and a martyr. her action during the war are said to have reduced the the numbers of people killed. - Light

Edit to alter the coding