Trump and Clinton are well ahead in the US Presidential Primaries.

Controversial anti-establishment leading Republican candidate of the 2016 election, with a history in business.

He supports tax relief for middle class and lower corporate tax in order to bring in additional corporations.

He supports cutting the number of immigrants by building a wall between the US and Mexico, temporally banning Muslim immigrants, and sending immigrants with crime record out of the US.

He supports a smarter negotiation with China for American workers and more spending on military force.

He wants to cut the Department of Education in order to give each sate more power and to cut spending to curb the national debt.
#More...

A former Secretary of State leading Democrat candidate of the 2016 election, with a strong presence in politics.

She supports training Syrian rebels against ISIS, and maintaining troops in Afghanistan if necessary.

She wants the wealthy to pay their fair share, closing corporate tax loopholes, and give tax relief to families struggling with costs.

She supports immigrants’ path to citizenship and keeping families together.

Clinton on other policies

Trump is the current frontrunner in the Republican race, ahead of Cruz and Kasich, while Clinton is ahead of Sanders in the Democrat race.

Trump has surprised pundits by consistently beating Cruz and Kasich, despite being seen as a controversial outsider.

Clinton is still the front-runner but she is increasingly seeing a challenge from her opponent Sanders who is not that far behind.

Republican candidate of the 2016 election and US Senator from Texas with legal background.

Similar to Trump’s policy, he wants a tighter immigration rule since “border security is national security”.

He believes in the necessity of exerting global leadership and supports continued involvement with the Middle East.

He would introduce the single low rate of 10 percent for personal income tax and 16 percent business tax.

He wants to abolish the Department of Education and return education to parents, teachers, local communities, and states.

Democrat candidate and the longest-serving independent member of the House of Representatives.

He wants a fair tax system for the wealthy in order to decrease wealth and income inequality.

He supports Iran deal in order to prevent a nuclear arms race in the region.

He wants to make public colleges and universities tuition-free so that people can get education regardless of income.

He supports comprehensive and humane immigration reform policies that keep family together.

Republican candidate and a governor of Ohio with an experience of being a member of House of Representatives for nine terms.

He wants to cut taxes to stimulate the economy and for small business to grow.

He wants education to be managed by each state and not by the federal government.

He supports a path to legal status for undocumented immigrants

Primary elections and caucuses are there to decide who can represent each party for the Presidential Election,

It is an unique process of primaries in certain states.

Instead of casting ballots, voters attend meetings and show their support with open show of hands or breaking up into groups.

The Presidential Election this year determines who becomes the next President after Obama’s two-term long presidency.

This is when chosen delegates from each state vote for their nominees of President and their running mates.

It refers to a prospective Vice President, who is chosen by a Presidential nominee before National Conventions.

The selection of the running mate by a Presidential nominee is seen as an indication of how the prospective government will run.

US Senator from Florida, whose parents are Cuban immigrants. He stepped down from Republican race in March 2016.

He policies were to:

He wants to cut taxes and simplify the tax codes. 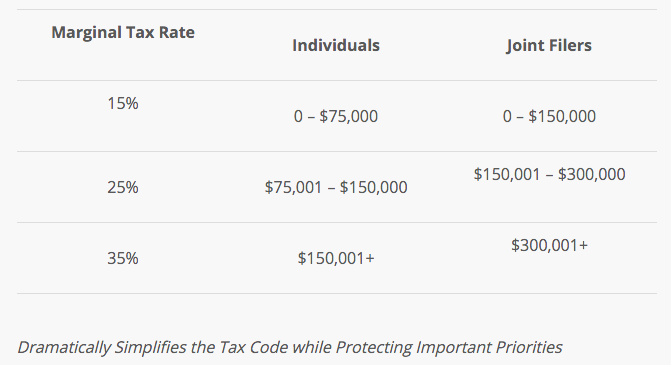 He wants to confront ISIS through establishing a coordinated political-military strategy in tandem with Sunni Arab and local partners in the region.

He wants to secure the border, enforce immigration laws in the workplace, and implement effective visa tracking systems.